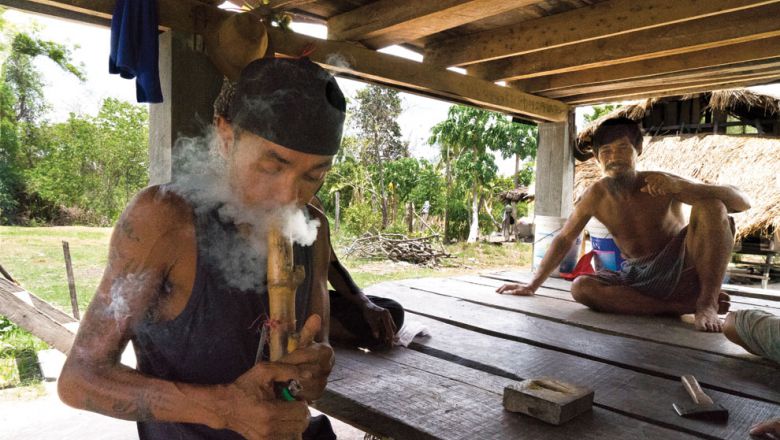 Farmer Ratanak smokes cannabis from a bamboo water pipe at a village in Battambang province. photo my  Bennett Murray

Cambodia has a complicated relationship with cannabis. While it’s technically illegal, the authorities make exceptions for traditional and medicinal use. But now with a global trend away from prohibition, some suggest it’s high time the government here followed suit

As farmers across Cambodia take to their fields this month in anticipation of the rainy season, in a sleepy village in Battambang’s Moung Ruessei district, some are sowing a crop alongside their rice and cassava that’s just as traditional but much more controversial.

“Here, ganja is just like in Jamaica,” said Ratanak*, a 42-year-old farmer, after inhaling a lungful of thick, pungent cannabis smoke from a bamboo water pipe.

“Because we don’t grow much — maybe 10 to 15 plants — [the authorities] let us grow it,” he said, adding that police had never requested bribes from him over his activities.